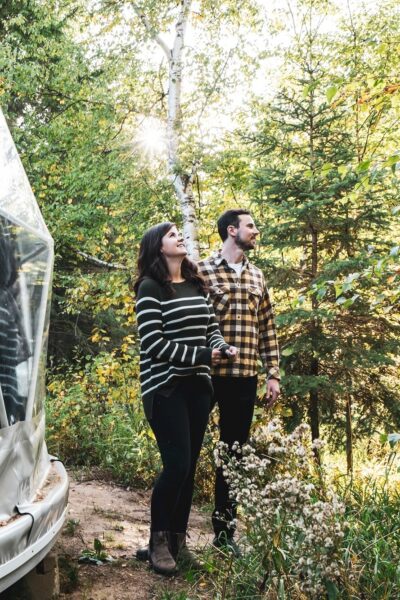 Things to do this Summer in Edmonton

Summertime in Edmonton is nothing short of legendary. Experience what 18 hours of sunlight a day feels like and soak up all the energy of the world's largest northernmost metropolis. From savouring the flavours of the city at Taste of Edmonton, to breathtaking sunset canoe tours, to discovering the roaming plains Bison at Elk Island National Park and everything in between, it’s always easy to fill your schedule. Your summer bucket list starts here!

Summer in Edmonton isn't complete without a full line-up of exciting festivals — we are Canada's Festival City after all! From the month-long Freewill Shakespeare Festival and the world-renowned Edmonton International Fringe Theatre Festival, to the always delicious Taste of Edmonton and the cultural hotbed that is the Edmonton Heritage Festival & Cariwest, you're guaranteed to have a great time.

Stop by the Whyte Avenue Art Walk, pop over to the Edmonton International Street Performers Festival and The Works Art & Design Festival or jam out at Edmonton Rock Fest. And that's just the tip of the festival iceberg. Check out the countless celebrations happening year-round by clicking the button below!

Experience the ultimate kick-off to summer with Pride Month this June. This year, there are countless events in various venues around the city. Head to Evolution Wonderlounge for legendary dance parties, drag performances and more. Fruit Loop is hosting an array of spectacular events that you don't want to miss. Stay tuned for additional details on celebrations hosted by organizations around town. The whole city will be glowing with Pride!

With a seating capacity for 56,400 fans and home of the Edmonton Elks football club and FC Edmonton soccer team, Commonwealth Stadium is a must-visit venue for world-class events including major sports events and concerts. Garth Brooks, Monster Jam and Mötley Crüe & Def Leppard are all taking the stage this season. This 42-acre complex just minutes from the city centre promises an unforgettable experience for everyone.
Various dates this summer

There’s nothing like screaming at the top of your lungs as your roller coaster cart reaches the peak of its climb and starts to zip down the track. The coasters at K-Days really deliver the thrills. Too scared to take the plunge? Check out the awesome concert series! When you’ve ridden every ride you can handle, cap off the day with a candy apple and watch as fireworks fill the sky above the fairgrounds.
July 22-31

Get that bird's eye view

Gather your crew and hit the biggest and most intricate jungle gym you've ever seen at the Snow Valley Aerial Park. Are you ready for the "Ninja Warrior" course? Or are you looking for something a little closer to the ground? Either way, you'll have the best afternoon ever exploring the off-the-ground games and obstacles. You can also find Target Golf and the Whitemud Creek Mining Company at Snow Valley this summer.

Get your head in the clouds — literally! Take flight with Edmonton Regional Helicopters and explore Edmonton from a bird's eye view, or swoop through Edmonton's picturesque, sprawling river valley during a one-hour Discovery Flight + City Tour with the Namao Flying Club! These views are one of a kind. For even more high-flying fun, let your imagination take flight at The Alberta Aviation Museum. With over 30 historical aircraft exhibits, there is something for everyone to explore!

The University of Alberta Botanic Gardens is a must-visit whether you're a garden lover or not. This 97-hectare property is home to cultivated gardens, plant collections, indoor showhouses, and extensive natural areas. Don't miss the Aga Khan Garden which was gifted by His Highness the Aga Khan as a symbol of the continued collaboration between the University of Alberta and the Aga Khan Development Network. Take your experience up a notch with their picnic experience for two which includes a gourmet picnic box and a chance to sit back, slow down and enjoy the stunning scenery.

The Muttart Conservatory is excited to welcome you to the pyramids this summer! Breathe in colourful and exotic life at this enchanting attraction. Each of the four iconic pyramids holds a themed garden representing a different world biome and species that hail from Mexico to Madagascar. Make sure to leave time to stop in at Culina To-Go onsite for a delicious homemade meal before you head out! Pro tip: keep your eyes peeled for the resident superstar, a giant Amorphophallus titanium, also known as the corpse flower.

There’s nothing quite like the fresh air on an open patio and a cold pint. Try out small but mighty patios like The Next Act, Sugar Bowl or Three Boars/High Dough. The patio at Julio’s Barrio is an Edmonton staple (perfect for people watching), while Café Bicyclette is an ideal place to enjoy a pastry and catch up with friends. The patio at Craft Beer Market is a must visit, and you'll love the eclectic look of the rooftop patio at Spotlight Cabaret. If you need even more choices, check out our list of The Best Summer Patios in Edmonton.

Indulge in the fine local foods and beverages of Edmonton while touring around the city on a Food Bike Tour with Chef Table Living — stop by historical buildings and breweries under the warm sun. Or take a tipsy ride through the streets as you pedal your way around Edmonton's top craft beer taprooms and breweries on an Urban Pedal Tour. Alberta Food Tours also offer a variety of guided culinary exhibitions around the city.

Explore the City by Water

Paddle your way along the North Saskatchewan River spotting wildlife and taking in Edmonton's beautiful skyline. Haskin Canoe's Voyageur Canoe Tours are a one-of-a-kind opportunity to transport through Edmonton's backyard. Edmonton Canoe offers canoe or kayak experiences that are perfect for experienced paddlers or those who are just getting their sea legs. You'll enjoy the calming atmosphere of this water adventure and may even be lucky enough to hear the distant cry of a loon or splash of a beaver.

Depart on a journey through Edmonton's rich history, from Fur Trade to the Roaring Twenties at Fort Edmonton Park (opening May 21). Gather and explore life through the diversity of First Nations' and Métis Peoples' histories and perspectives at the park's new Indigenous People's Experience.

Become a time traveller and experience what life was like 125 years ago! History is brought to life at the Ukrainian Cultural Heritage Village, an open-air museum depicting early settlement in east central Alberta from 1892-1930.

L'Etape Tour de France is an event is for all cyclists — the challengers, the casual riders and the kids. Beginner bikers and professional pedalers can choose either the 160 kilometre, 80 kilometre, or 40 kilometre distance. Families can also get involved with the Family Ride and Kids Race. There's really something for everyone. This is your chance to experience the Tour de France, right here in Edmonton . It is also the only Canadian stop on the tour, so don't miss out. It's the closest you'll get to Paris on two wheels!
August 14

A summer of sport

Get ready to cheer! It's been almost 20 years since Edmonton has hosted a track and field championship, and on July 3 at Foote Field, Athletics Alberta is bringing you some of the best athletes in the world! Athletes from Team Canada like Edmonton's own Marco Arop will compete during the Warm-Up to Worlds Invitational.

The Professional Triathletes Organization is coming to Edmonton for the first time ever! The PTO Tour (July 22-23) is an annual series of professional triathlon races comprising the Canadian Open, US Open, Asian Open and European Open, as well as The Collins Cup.

The Canadian Road Championships (June 23-27) are the most prestigious cycling events on the domestic racing calendar, with the winners of each event awarded the “National Champion” maple leaf jersey to wear in competition around the world in the year following the event. You wheelie don't want to miss this!

Thirty-five minutes east of Edmonton lies a wild oasis. The perfect place to day-hike, canoe, camp or spot some bison. Elk Island National Park is also a designated dark sky preserve and the cornerstone of Canada’s bison conservation. Camping at Elk Island is a perfect summer activity - if you want to avoid the hassle of buying and setting up your own gear, Elk Island National Park offers you the luxury of calling one of their Tipis, Cabins, or oTENTiks home.

Experience the geologic wonders of Alberta and immerse yourself in the Indigenous stories of the past! Talking Rock Tours provides interactive experiences that reveal the history of the land with a Métis guide and geologist who combines his culture and knowledge of geology. You'll see Edmonton's landscapes in a whole new light!

See city vistas from a new perspective on the Edmonton Street Car with a glass of cask beer in hand! Running from May 26 to October, The Common is hosting Street Car Cask Parties, and it's a summer experience that you don't want to miss. Enjoy a different Alberta Brewery for each journey, food from local restaurants, and entertainment at The Common after you return from your trip.
May 26-October