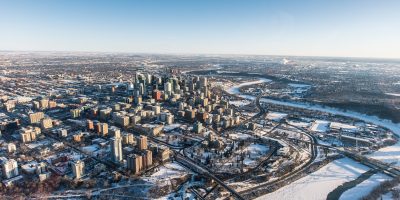 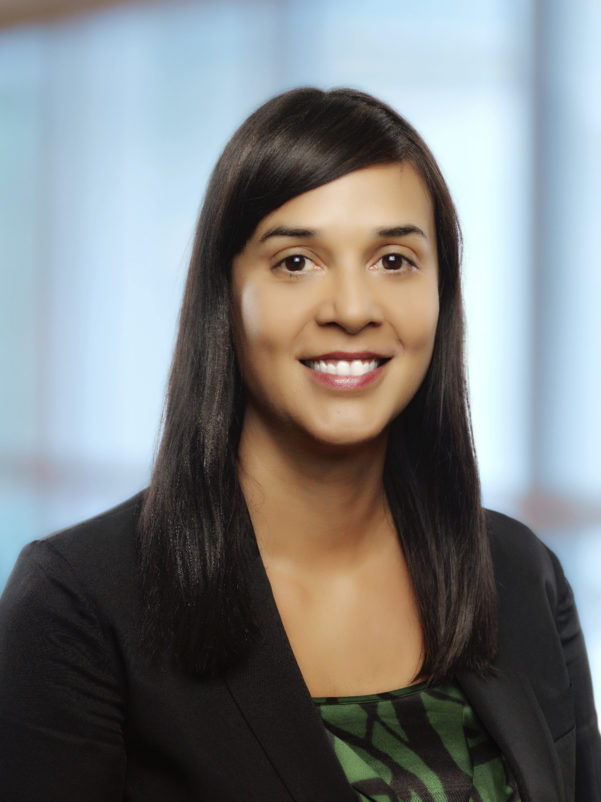 Marcela is a Certified International Trade Professional with more than 20 years of global experience developing and implementing business strategies. A career highlight has been taking on leadership roles at Alberta Women Entrepreneurs (AWE) to support AWE’s goal to build stronger communities and economies through women’s participation in entrepreneurship.

Marcela believes strongly in continuous learning and contributing to the community. In addition to serving as Vice-Chair of the Women's Enterprise Organizations of Canada, she volunteers her time on the University of Alberta Professional Development for Graduate Students Advisory Board, Works for Women Advisory Board, and the Edmonton Region Innovation Network Steering Committee. 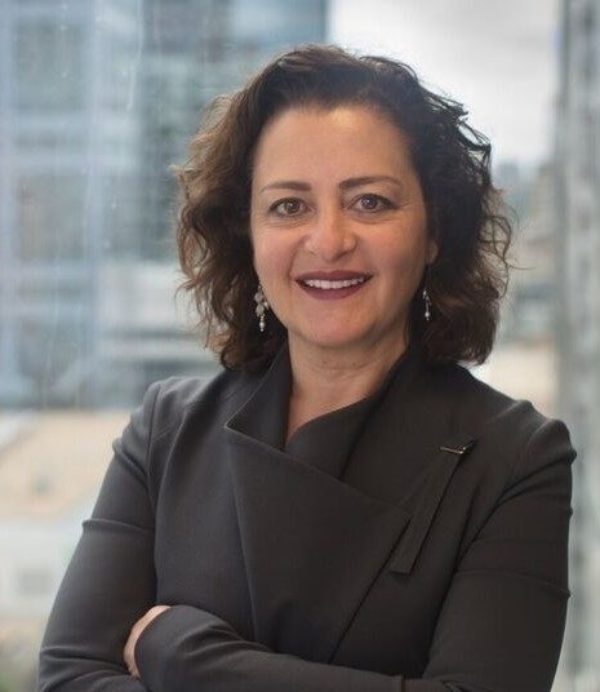 Karen is a lawyer and manages the firm Kennedy Agrios Oshry Law. Her practice focuses on business law and commercial real estate and transactions, providing legal services to individuals, small and medium sized businesses, as well as institutional clients. Karen is an alumnus of the Universities of Alberta and Toronto. As a long time Edmontonian and volunteer, she is committed to advocating for business and growth in the city of Edmonton. 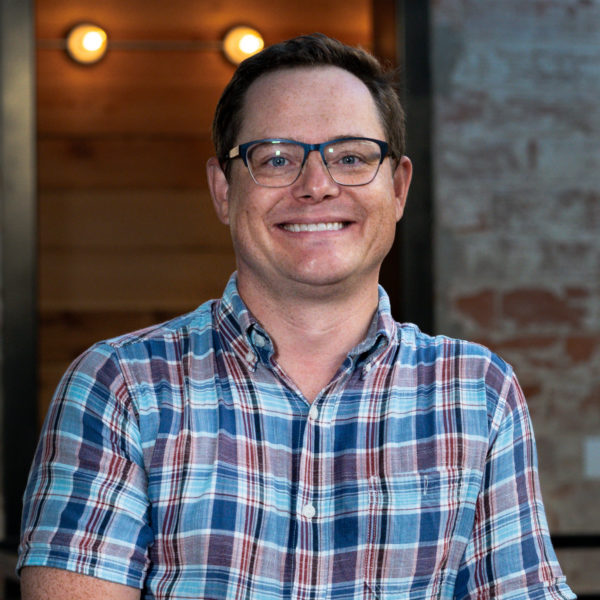 For over 20 years Marc has been leading development and change in the arts, culture and creative economy across the country. He has held senior roles since moving to Edmonton 15 years ago with the Edmonton Symphony Orchestra, Incite Strategy and is currently the CEO of CKUA Radio Network, where he has ignited transformational change in a 92-year old Alberta cultural institution. His commitment to building communities that are rich in cultural experiences is unwavering. Marc is excited to be a part of the next evolution in Explore Edmonton's trajectory, showcasing the best of what Edmonton has to offer to the world. 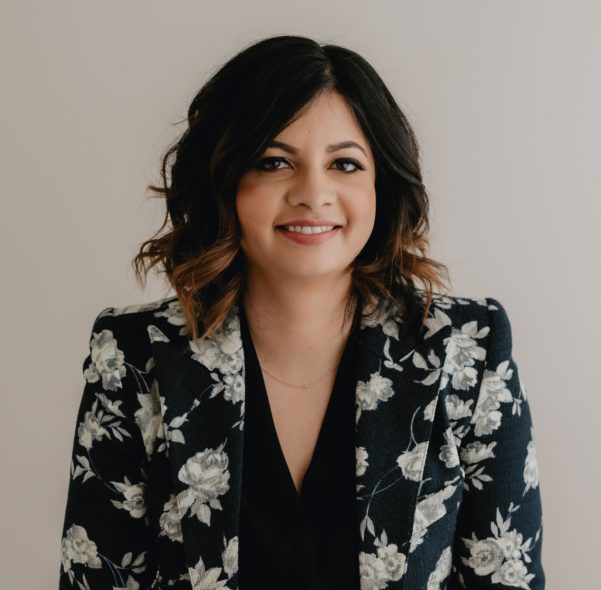 Erin is a connector and change-maker who recently created her own company. Prior to that she worked as Director, Corporate Engagement, Western Canada with Catalyst. Erin received both the Canadian Centre for Diversity and Inclusion award as D&I Practitioner of the Year in Western Canada, as well as the Catalyst Canada Honours award in the Emerging Leader category for her work in the diversity and inclusion space in 2018. Outside her organization, she is the chair of the Edmonton Business Diversity Network (EBDN) and a founding member of Works for Women, and The C-Retreat, a boutique-style conference that brings together professional women leaders to conquer challenges, cultivate change and create community. 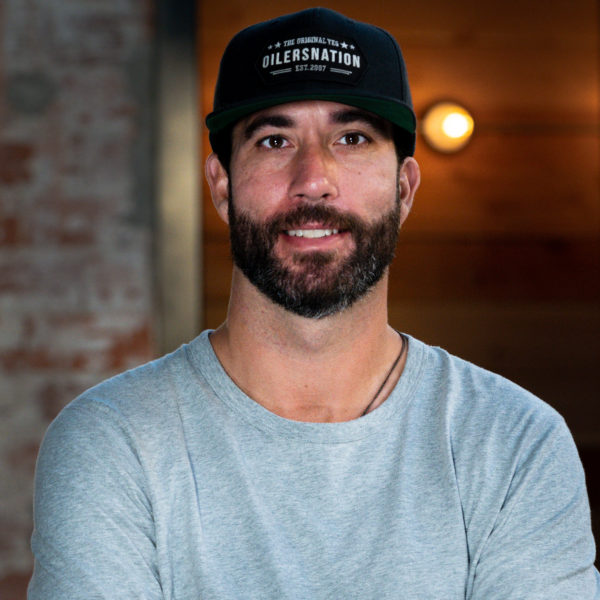 Founder of Oilersnation.com and the Nation Network & President of Oodle Noodle

A passionate Edmontonian, Jay is committed to play a role in helping make Edmonton a 'Global 10'. In 2007, he co-founded Oilersnation.com and the Nation Network. In 2010, Jay was appointed President of Oodle Noodle, applying the skills he learned from specializing in franchise financing at ATB, for which he was awarded the President’s Award in 2010 for highest corporate sales in his position. Since taking the helm, his guidance has led Oodle Noodle to become a 14-store local chain. Jay’s passion for Edmonton and its river valley led him to be one of the co-owners of Little Brick Café. This became the catalyst to fuel Jay and his team to help build more river valley amenities, which led to the creation of River Valley Company, which aims to play a part in building more community amenities and support the development of outdoor tourism in the river valley. 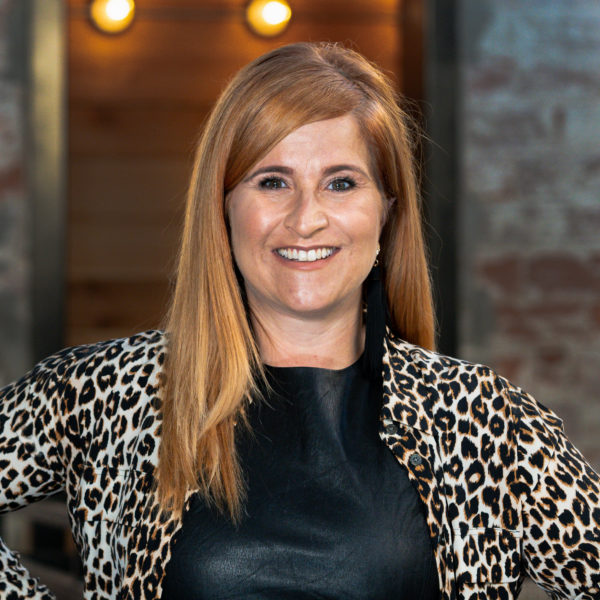 Past Chair | Former Executive Director at The Citadel Theatre

Chantell is a third generation Edmontonian who completed both her degrees at the University of Alberta. After a career as a lawyer, Chantell has worked in the Energy Sector, the Arts, and most recently led Brand & Communications for Spirit Airlines in the United States. Chantell has returned from living and working abroad for over a decade and is now the Executive Director at The Citadel Theatre. She is passionate about arts and its connection to the economic success of a city. 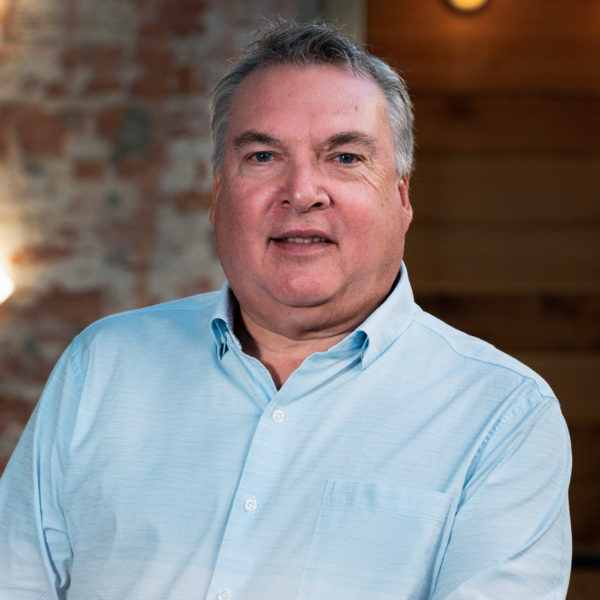 Grant has worked in Canada from coast to coast in his 40 years in the hotel industry. He initiated his hotel career at the Jasper Park Lodge and spent seventeen years with Delta Hotels & Resorts.

In 1993, Grant came to Edmonton to renovate and manage the Delta Centre Suite Hotel. It was the quality of life and entrepreneurial spirit of Edmonton that captured his heart. Grant then joined SilverBirch Hotels & Resorts and is now Area General Manager for the Doubletree by Hilton West Edmonton, Home2 Suites West Edmonton and the Mayfield Dinner Theatre. Grant has been recognized for his contributions to the hospitality and tourism industry, including the Award of Distinction, Edmonton You’re Welcome Awards, Alberta Tourism Award (ALTO) Ambassador, Jim Engel Tourism Award (SKAL) and Leader of the Year for DoubleTree by Hilton Hotels in North America. 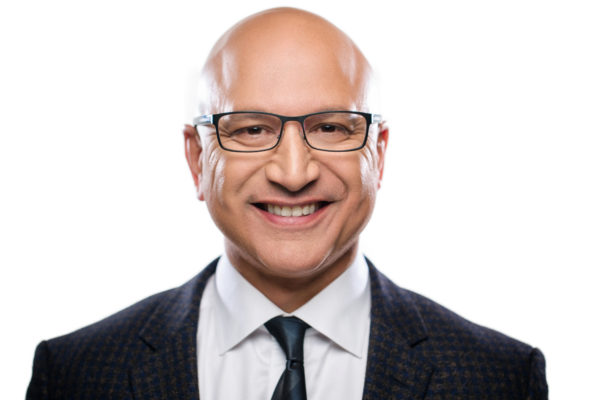 Chris is a founder of six companies and the current President and CEO of Fedora Pharmaceuticals and Brass Dome Ventures, a successful second generation biomedical research company headquartered in Edmonton. In 2016 Fedora Pharmaceuticals signed the largest biotech licensing deal ever in Canada. His hard work was honoured when he was the 2015 EY Entrepreneur of the Year award winner. 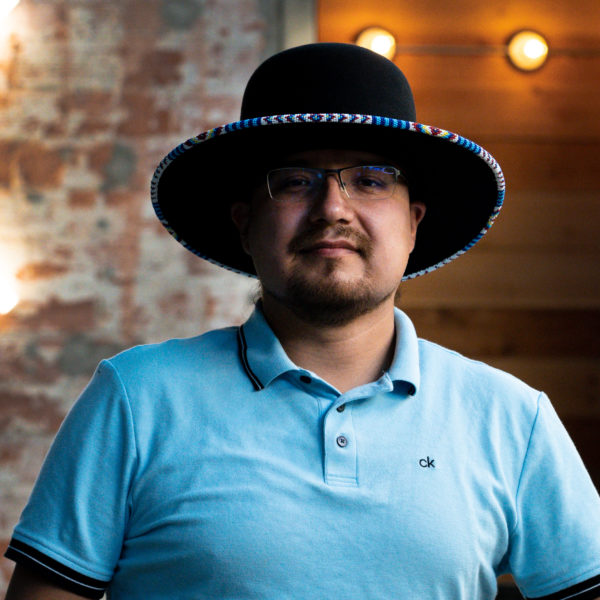 In 2015 Chief Billy Morin was elected as the youngest Chief in the history of Enoch Cree Nation Maskekosihk at the age of 28. To date, his most important accomplishments in Enoch include revitalizing Cree language and culture, prioritizing youth education, and building a new state-of-the-art primary school. He believes that balancing traditional First Nation values with innovative business strategy can ignite economic prosperity.

Chief Morin has a diploma in Civil Engineering Technology, Bachelor of Technology Management, and Honourary Bachelor of Business Administration from NAIT. Prior to serving Enoch as Councillor and now Chief, he held positions with the City of Edmonton and Government of Alberta. 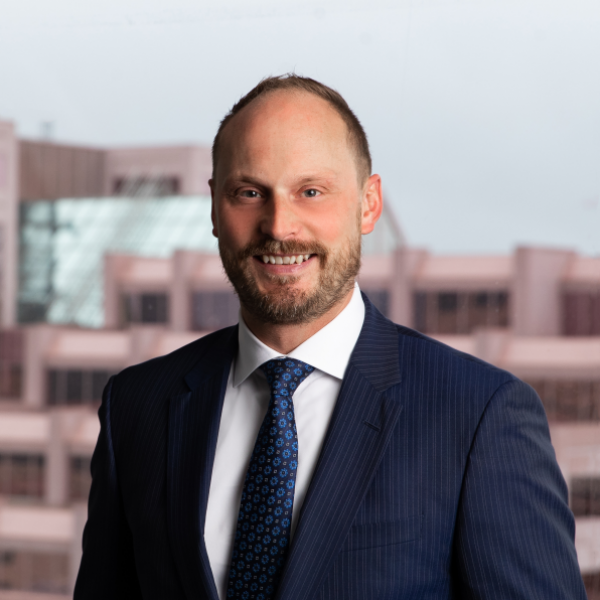 Geoffrey (“Geoff”), a proud Edmontonian for over 20 years, is a Partner with Kingston Ross Pasnak LLP practicing in the Audit, Assurance and Business Advisory Group. Geoff is a long-time community volunteer, including serving as Past Chair of the Board of Directors of Edmonton Northlands. In 2020, Geoff was nominated and awarded the Distinguish Service Award by CPA Alberta in recognition of his leadership excellence in community and volunteer services, including excellence and innovation in the field of accounting. Geoff is an alumnus of the University of Alberta, a Chartered Professional Accountant and has an ICD.D designation in governance matters. 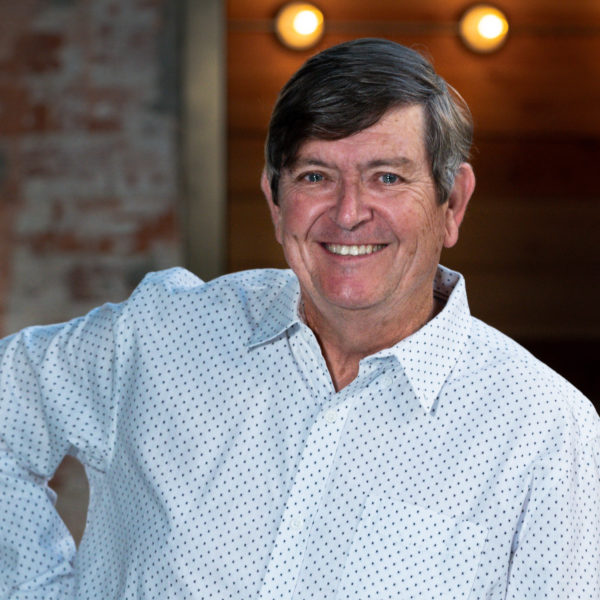 President and CEO of Edmonton Airports

As President and CEO of Edmonton Airports, Tom is responsible for the management and operation of Edmonton International Airport (EIA) and Villeneuve Airport. Under his leadership, EIA has seen significant growth in passenger and air cargo service, connecting the region with direct flights to over 50 destinations worldwide. Tom has also advanced the Airport City development at EIA, with more than 700 million dollars in private investment.

Prior to that, Tom was President of Halifax International Airport and President of Canadian North Airlines. He has also held senior executive positions throughout North America in the cargo and logistics industries. 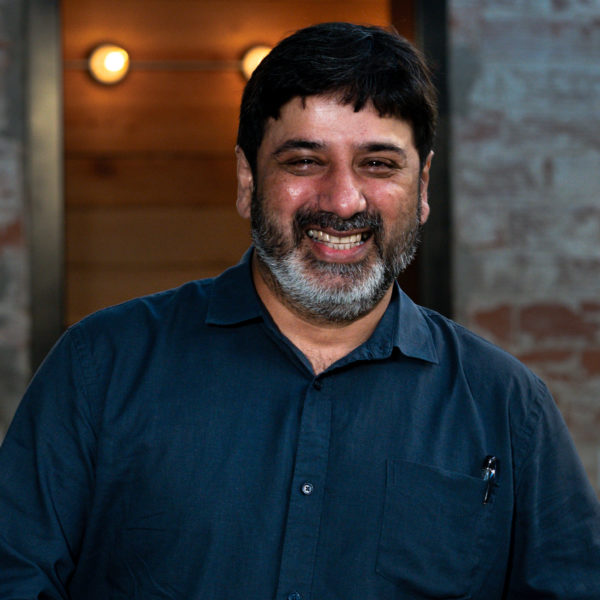 Sanjay grew up in Bombay, India and has lived in Edmonton for four years. He is the Executive Director of the Edmonton Arts Council and has worked in the arts for more than 25 years. As an arts professional, he has held leadership roles at arts agencies at all three levels of government. He has also produced documentary films and theatre. Sanjay currently serves on the Board of the National Arts Centre in Ottawa. He’s passionate about meeting people from diverse backgrounds and helping to advance the work of other artists. 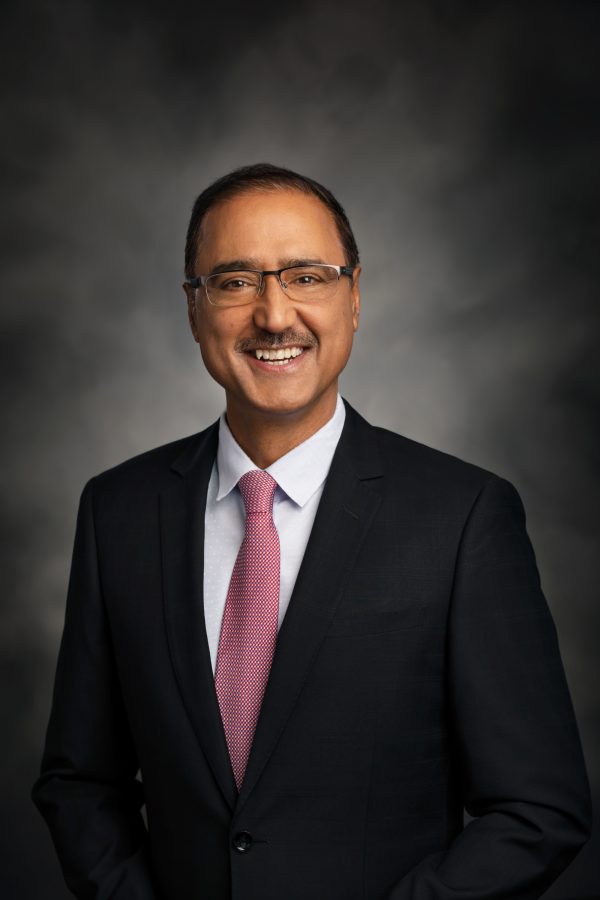 Amarjeet Sohi was elected as the 36th mayor of Edmonton in Oct. 2021. This comes after a long tenure in politics. He was elected a Member of Parliament for Edmonton Mill Woods in 2015 and was appointed to cabinet as the Minister of Infrastructure and Communities.

Prior to that, he was a member of city council first elected in 2007. In his eight years on council, he was instrumental in advocating for investment in the LRT system, and in the approval of the Valley Line to southeast Edmonton, which will open this year. He played a prominent role in downtown revitalization, helping to build recreational facilities, libraries, a senior centre, and a multicultural centre for Edmonton Mill Woods. 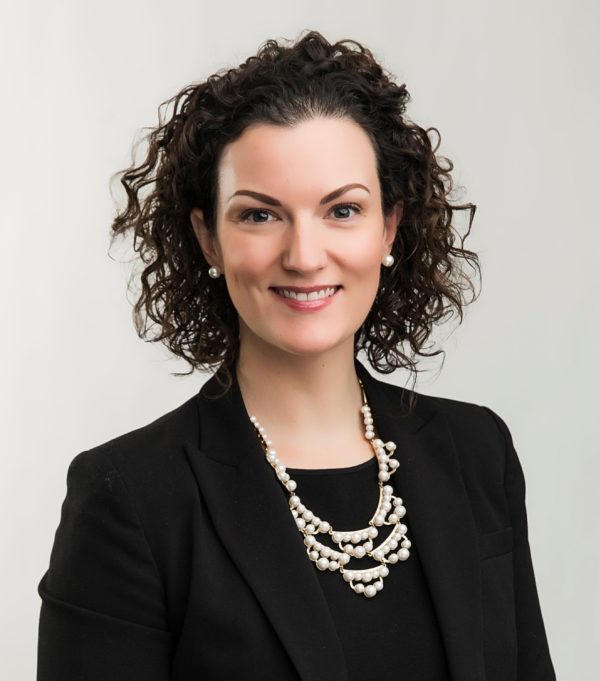 Naomi is the Chief Financial Officer of Melcor Developments Ltd. and Melcor REIT, both publicly traded on the TSX. With over 140 communities built, Melcor has shaped much of Edmonton’s (and Alberta’s) urban landscape. Naomi oversees all aspects of Melcor and Melcor REIT’s financial health, risk management, reporting, budgeting, and capital market transactions. 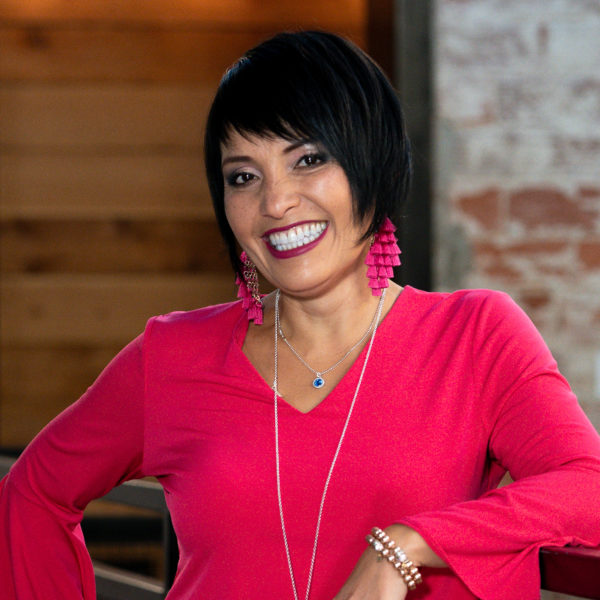 Catherine co-founded Pro-Active Computer Solutions in 1997 and six years later bought out her partner, transforming it into Pro-Active IT Management Inc, which is a recognized force within the Alberta IT community. Catherine is passionate about giving back to her community. Her company is proud to sponsor and participate in numerous charitable events and campaigns throughout the year, recently supporting Alberta Easter Seals, Winnifred Stewart Association, Suit Yourself, Stollery Women Networks, and 1000 Women Advisory Committee.

She is also proud to be one of 22 founding mentors of University of Alberta Venture Mentoring Services (UA VMS) program which now has 90+ mentors.