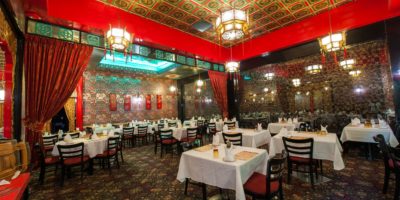 The oldest Chinese restaurant in Edmonton.

The Lingnan is the oldest Chinese Restaurant in Edmonton, established in 1947 on the corner of 97 street and Jasper Avenue. As Chinese food became more popular in the city, the Quon family decided to expand and move into their current location in 1963. The Lingnan is now helmed by the second and third generation and has always had a loyal clientele base because of the excellent food, one of a kind ambiance and service. The Quon family always love to say "We are generations serving generations."

The Lingnan has been featured in two television series: "Family Restaurant: The Quon's" on Food Network Canada, as well "The Quon Dynasty" on City TV. The Lingnan was also featured in the Royal Alberta Museum in an exhibit called “Chop Suey on the Prairies.” You can also find The Lingnan during The Taste of Edmonton a yearly out door food festival in Edmonton.