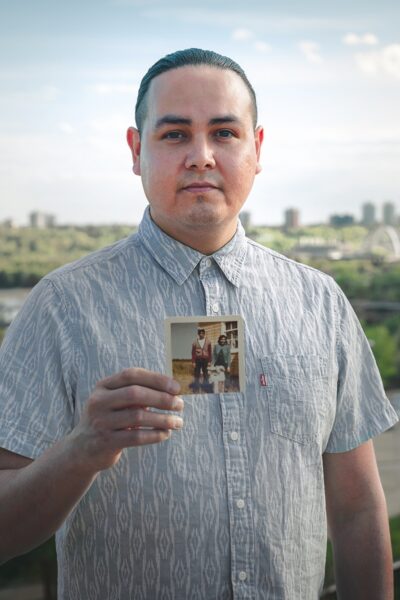 Louis Shisheesh and Bernadette Shisheesh taught Scott Iserhoff the importance of food sovereignty in Indigenous culture: energy transfers into what you create. Iserhoff, a chef who blends traditional and modern Indigenous cuisine, brings these ideas to life through his company, Pei Pei Chei Ow.

“They really raised me up around traditional food and to really appreciate and respect the food that was given to me,” says Iserhoff who notes that one of the valuable lessons he learned was to not cook when he is angry.

At Pei Pei Chei Ow, the menu is inspired by the land, life, and seasons that surround today’s world. Food sovereignty is a concept that Iserhoff hadn’t considered until he began to understand the importance of food and the journey of food from the land to the plate.

“Food sovereignty means culturally appropriate food and eating where you’re from, from the land,” he says. “Food sovereignty is having the ability to buy what you want, decide what you eat but also being healthy as well.”

For Iserhoff, thinking about food memories brings him back out to the land. One of his very first food memories includes sitting around a fire inside a teepee and smoking fish.

“Being out on the land is medicinal,” says Iserhoff, recalling memories of running wild as a kid on the land, “society likes to push kids to do stuff like get good grades, but (my grandparents would) always just take us to the land and just sit down with tea and bannock and just have fun,” he says.

“The memories of my grandparents really keep me grounded as an individual,” shares Iserhoff, who considers himself lucky to have grandparents who shared a special commitment to each other, a value that is not so commonly seen today. Iserhoff says the good memories with his grandparents gifted him the privilege of sharing stories through the food. When it comes to Indigenous tourism, Iserhoff believes that it is something the world should know.

“The more Indigenous tourism there is, the more representation across Canada there is,” says Iserhoff, “We’re different from nation to nation, people to people, with different stories.”

Iserhoff points out the way Indigenous people value the land and resources as well as the way stories are shared are unique. “There’s always new stories coming out, there’s new legends out there, and there will be new legends.”

“That’s the most important part of what I do, with what our business does.”